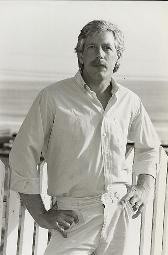 Gerrit Greve is an internationally acclaimed fine artist living in Cardiff by the Sea, California. He is a third-generation Dutch colonial, born in Indonesia.  His family subsequently moved to the Netherlands and later immigrated to the U.S., settling near Chicago.  This multicultural exposure during his formative years has shaped both him and his art and informs many aspects of his work.  He began drawing extensively under the tutelage of his parents at the age of three and has continued since then.  Gerrit is now painting and living in southern California.  His artwork is included in important public and private collections both in the U.S. and abroad.  Since 1972 he has had numerous gallery and museum exhibitions, including a number of solo museum shows.  Gerrit has been the subject of several television documentaries, including the Emmy Award-winning PBS series “Artists in Residence.” His paintings have been featured in many publications, including TIME Magazine. Notably, Gerrit’s painting; Northwest Territory is included in the book “1001 Paintings – You Must See before You Die.”